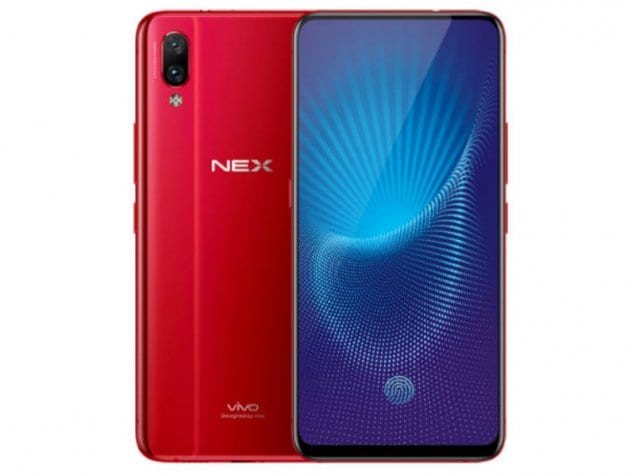 New leaked image of the Vivo all-screen smartphone makes it seem like the company could offer a variant of the device that doesn’t feature a pop-up camera. This phone has been generating a lot of hype lately as it nears its June 12th announcement. It’s not decided if the device will be called the Vivo Nex  or the Apex FullView, it looks like there might be two versions of the phone. According to the most recent leak, there could be a tiny front-facing camera tucked into the chin of the device. While it might not be the case, this could simply be an ambient light sensor, or a secondary camera for face unlock. There’s also speculation that Vivo will be releasing two versions of this phone. 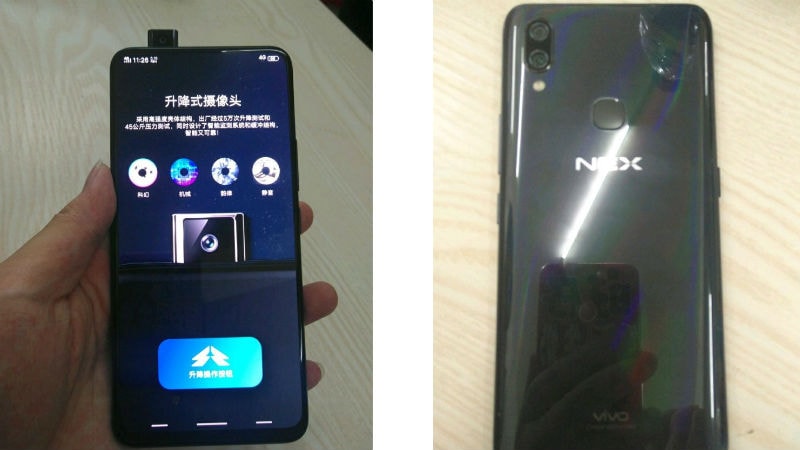 If you look back at a previous story from last week, the proposed leaked press render looks like it features a tiny chin with a pop-up camera. The leaked image from the subway features a larger chin that may house the front-facing camera. To get another look at the phone there is a small promotional video as well. If it’s a camera, it will probably help make the handset more durable simply due to less moving parts that could potentially break. It isn’t uncommon for Vivo to release two version of its phones that have a slightly different spec. The Vivo X21 came with two models with different fingerprint sensor technology.

Now, as already mentioned, the Vivo NEX specs surfaced as well, in two different leaks, though they’re reporting the same info, more or less. According to the provided info, the Vivo NEX will arrive in both 6GB and 8GB RAM variants, while those two variants will ship with 128GB and 256GB of storage, respectively. The phone will sport a 6.59-inch fullHD+ (2316 x 1080) display, and it will ship with Android 8.1 Oreo out of the box, with Vivo’s Funtouch UI on top of it. A 4,000mAh battery will be included in the package, while the phone will include 12 and 5-megapixel cameras on the back. A single 8-megapixel camera will be included on the front side of the device, while the phone will be fueled by an octa-core processor. The device will measure 162 x 77 x 7.98mm, and it will sport two SIM card slots.

Deal of the day

GET THE BEST DEALS IN YOUR INBOX